Last week, we took a closer look at the blue protective film that is used in the repair and finishing departments.  In our previous post, we visited with Repair Technician, Rachel Baker, and explained how she uses the film.  This week, we stopped in to the finishing area and chatted with flute finisher, Lindsey McChord, about how finishers use the film.


The most noticeable difference with the blue film in the finishing department is that it comes in pre-cut pieces designed to fit the body and footjoint.  Each piece has a waxy, paper backing that is removed before the film is applied.  Finishers must cover the entire flute (including the keys) to protect it from scratches.  So, the pre-cut, pre-formed pieces of film are extremely helpful for the finishers.  We imagine it would be very difficult to cut pieces of film by hand to fit perfectly around the tone holes, so it is helpful for them to have these pre-cut pieces to ensure consistency and properly protect the flutes.

Lindsey told us that once the flute body is ready for the finishing process, it has already been polished, shined, and buffed.  It's important to keep it this way, so that it remains perfectly intact for the customer -- even in the process of applying the film.  That being said, the finishers do not want to get fingerprints on the body and footjoint when applying the film.  In order to apply the film without touching the instrument, the finishers use a folding fixture as you will see in the photos below.  The fixture can be used to hold the body and the footjoint.  There is a removable section on the end that can be placed in three slots -- 1 for the body, 1 for a b footjoint, and 1 for a c footjoint.  Once the body or footjoint is in place and held securely in the fixture, the finisher removes the paper backing from the film and applies the film to the body.  The finishers will then have to cut pieces for the key cups, which Lindsey says they do by first applying a piece of the film to the cup and then carefully cutting around the outside of the cup.  Once everything is covered, the flute is protected and ready for the rest of the finishing process! 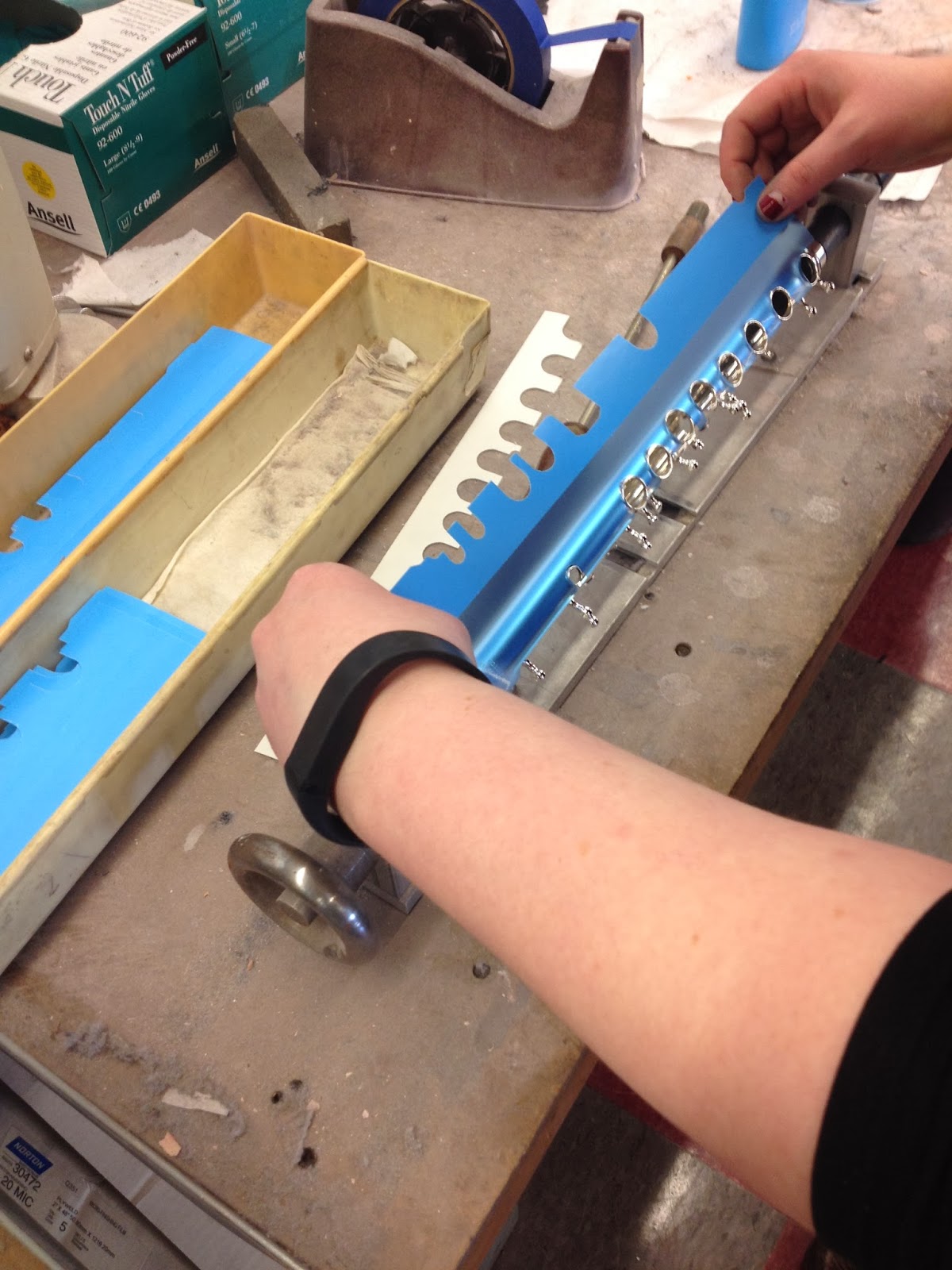 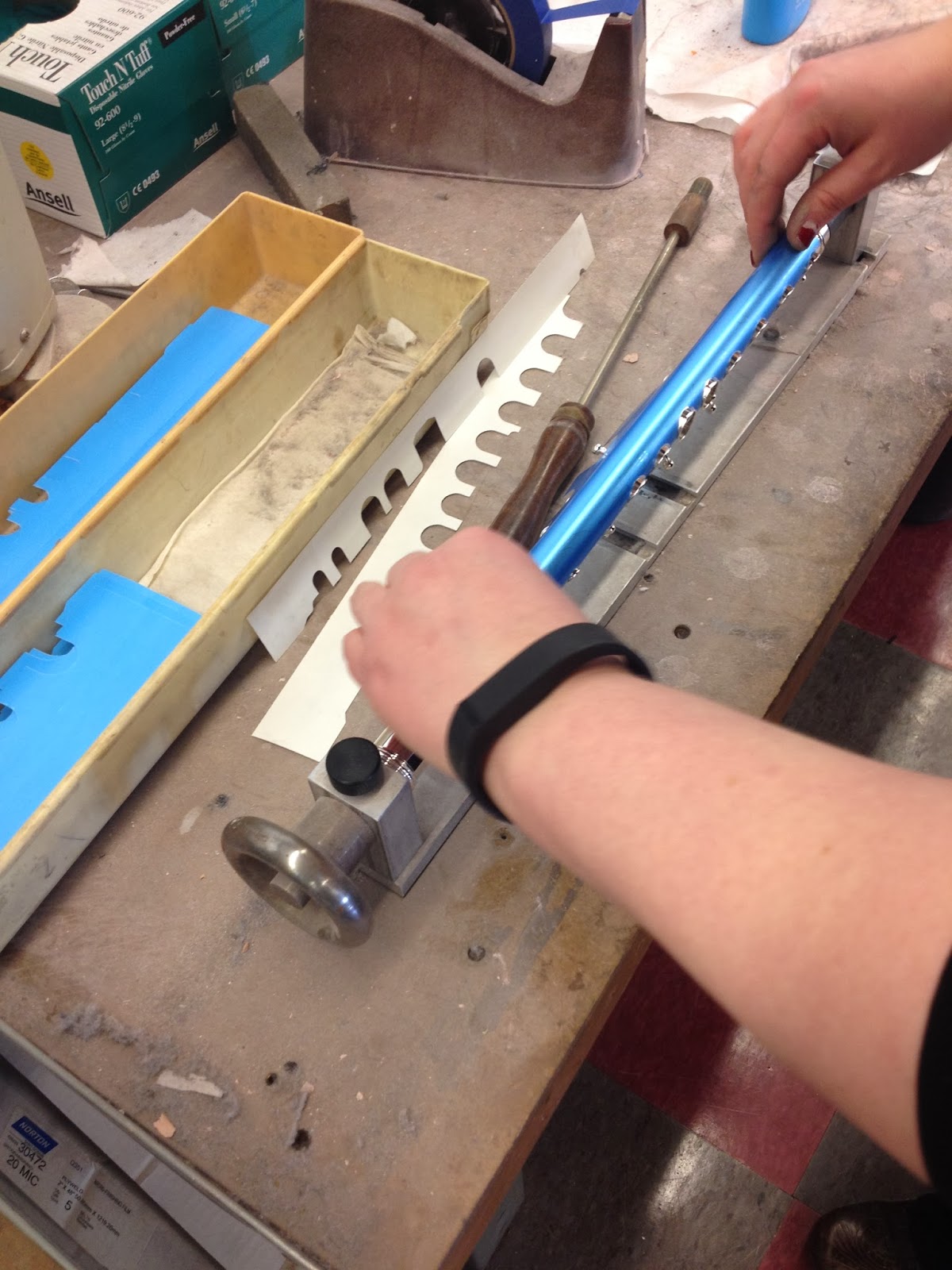 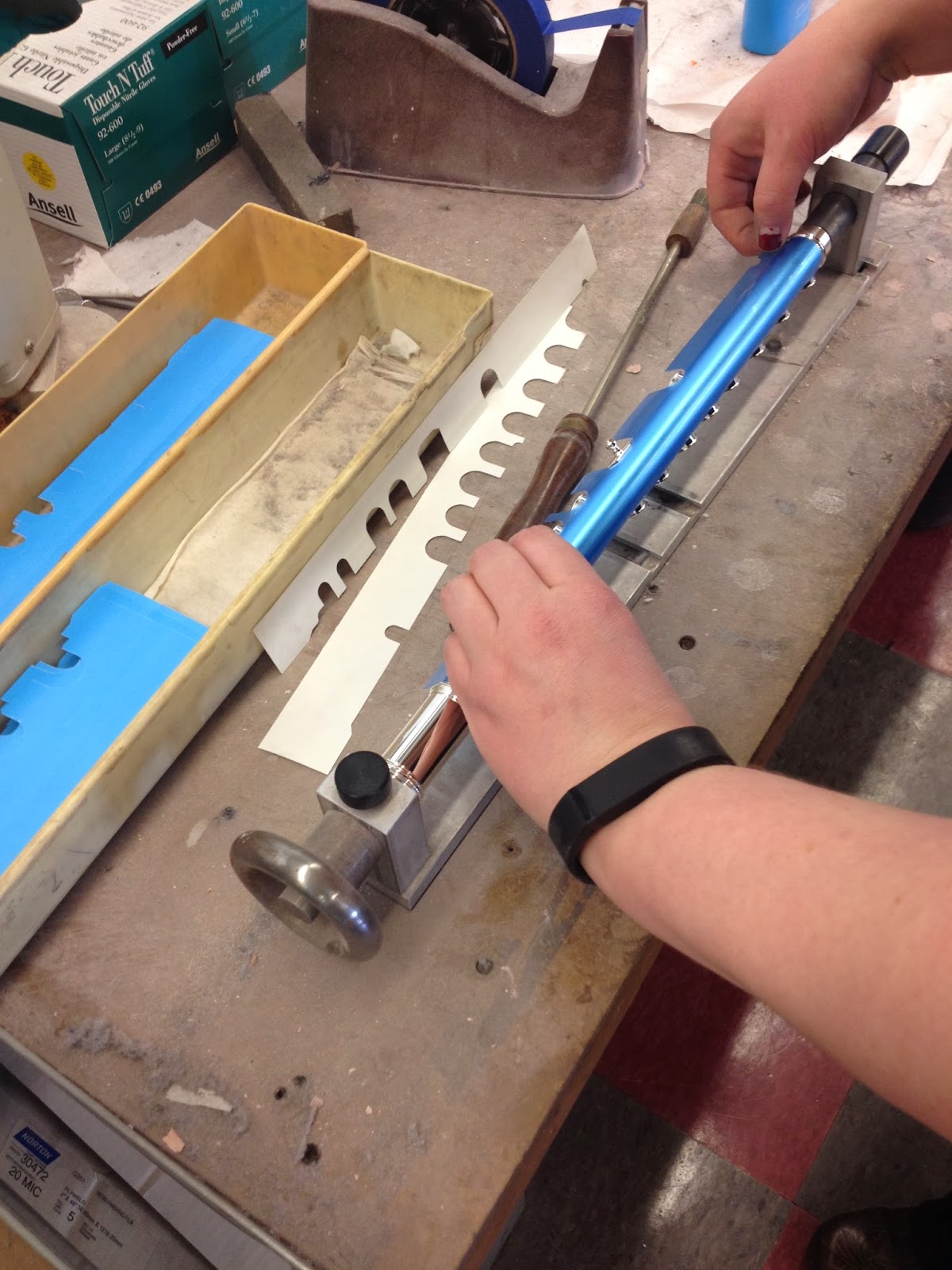 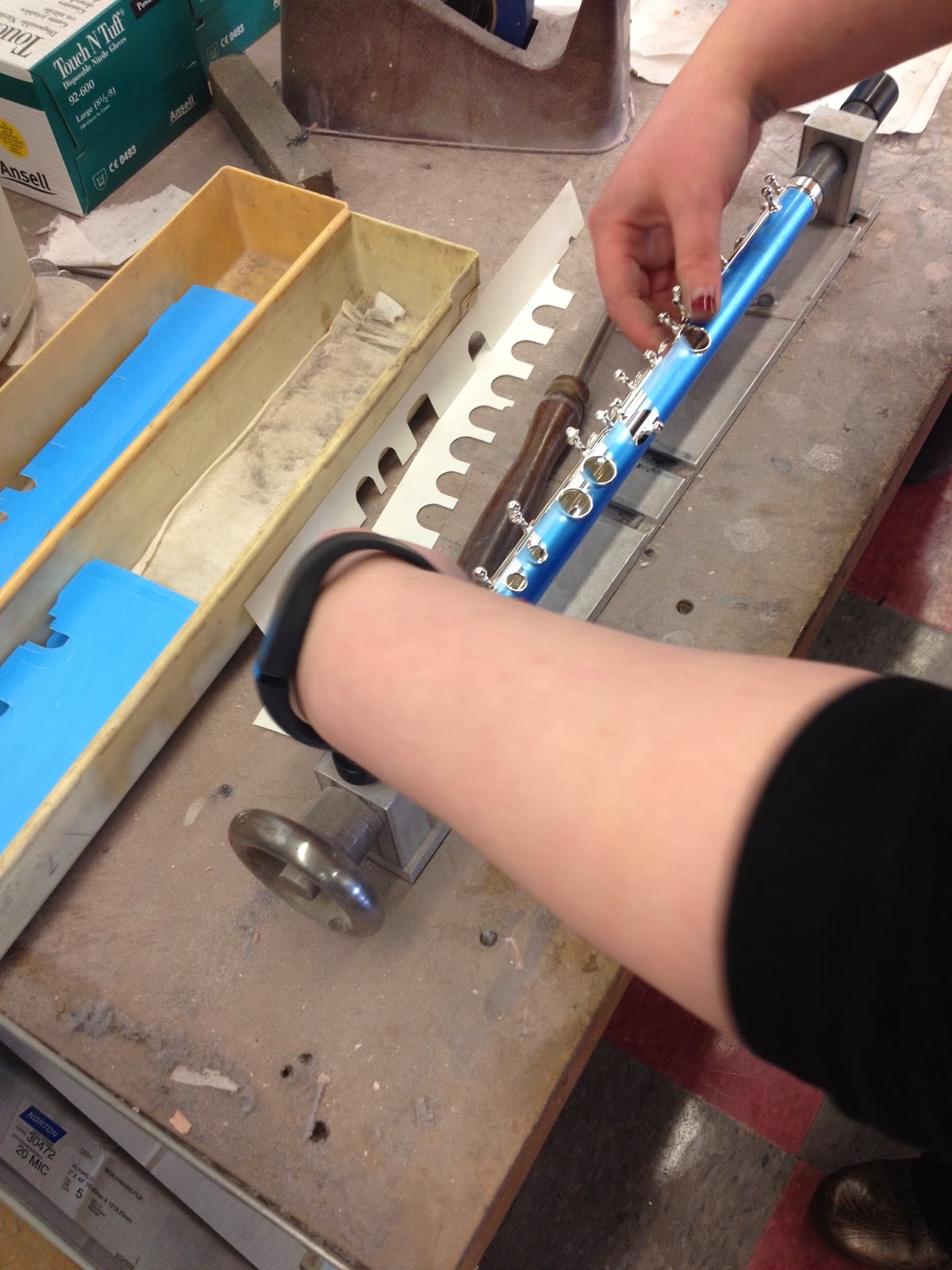 Posted by Powell Flutes at 4:55 PM