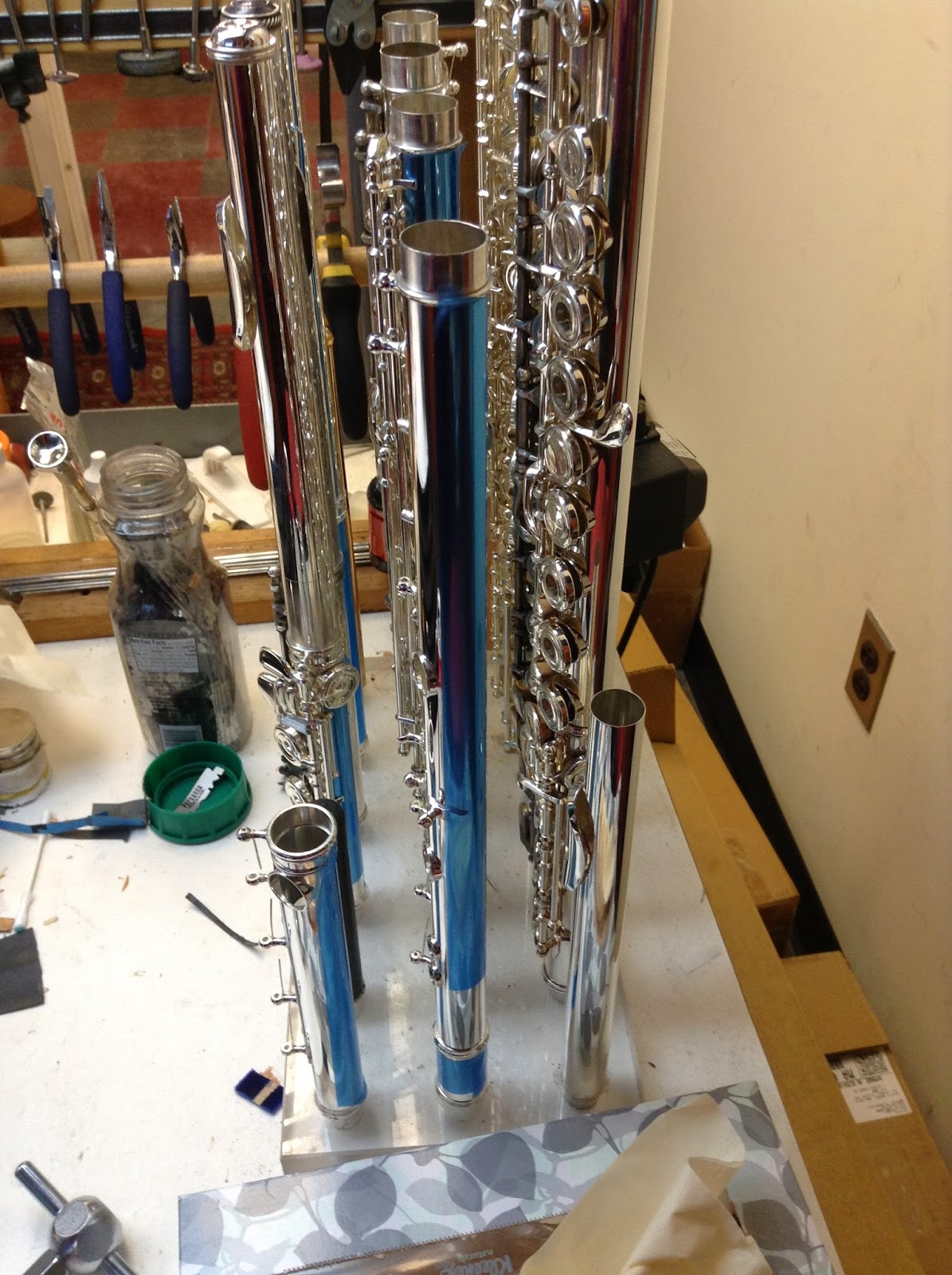 We often times post photos of flutes in production or in the repair shop that appear to be blue, and we are asked, "what's the blue tape?"  Well, in actuality, it is a blue protective film that comes on a roll, much like a roll of tape.  However, it is not sticky -- it adheres to the metal like a static decal would to a piece of glass like a window.  The purpose of the blue film is to protect the metal from getting scratched or otherwise damaged during the finishing process or during repair.

When we see flutes in the finishing department, the protective film is on the entire flute body, footjoint, and keys.  We stopped in to the repair shop this week and spotted our technician, Rachel Baker, cutting a piece from the roll as she prepared to start on a flute that was in for an overhaul.  Rachel cut a piece and applied it to the back of the body, because she said that this particular area is what will come in contact with the repair mat -- so the protective film will help prevent scratches as Rachel works on the flute.  In the case of the film being used on the entire body and keys, pieces are cut from the roll, and then these pieces are cut again to the appropriate size and shape to fit the body and keys.  After a flute leaves the finishing department or the repair shop, the blue film is removed, and the well-protected metal is revealed!

So, the next time you see what appears to be a "blue flute," do not fear -- it is merely a type of film covering the flute to protect it.  The film itself does not harm the flute in any way or leave any type of coloring.