More Than a Day?


Have you ever sent your flute in for repair and wondered why it took more than a day?  Well, this week, we had the chance to chat with Powell's Repair Technician, Rachel Baker, to answer the question...

She told us that it takes time for a flute to settle in after adjustments are made.  After the flute settles, Rachel tests it again, and it may need more adjustments -- which then requires more "settling in time."  She said, "You may not know how many adjustments you might have to make," so the cycle of adjusting, settling, and re-testing takes time. She continues the process and knows the flute is ready when it is no longer changing.  At that point, the flute is stable and ready to go back to its owner.

One thing to note is that the "settling in" can be a few hours or even overnight.  So, although the process does take more than a day, it is well worth it -- for both you and your flute!

Posted by Powell Flutes at 4:01 PM No comments: 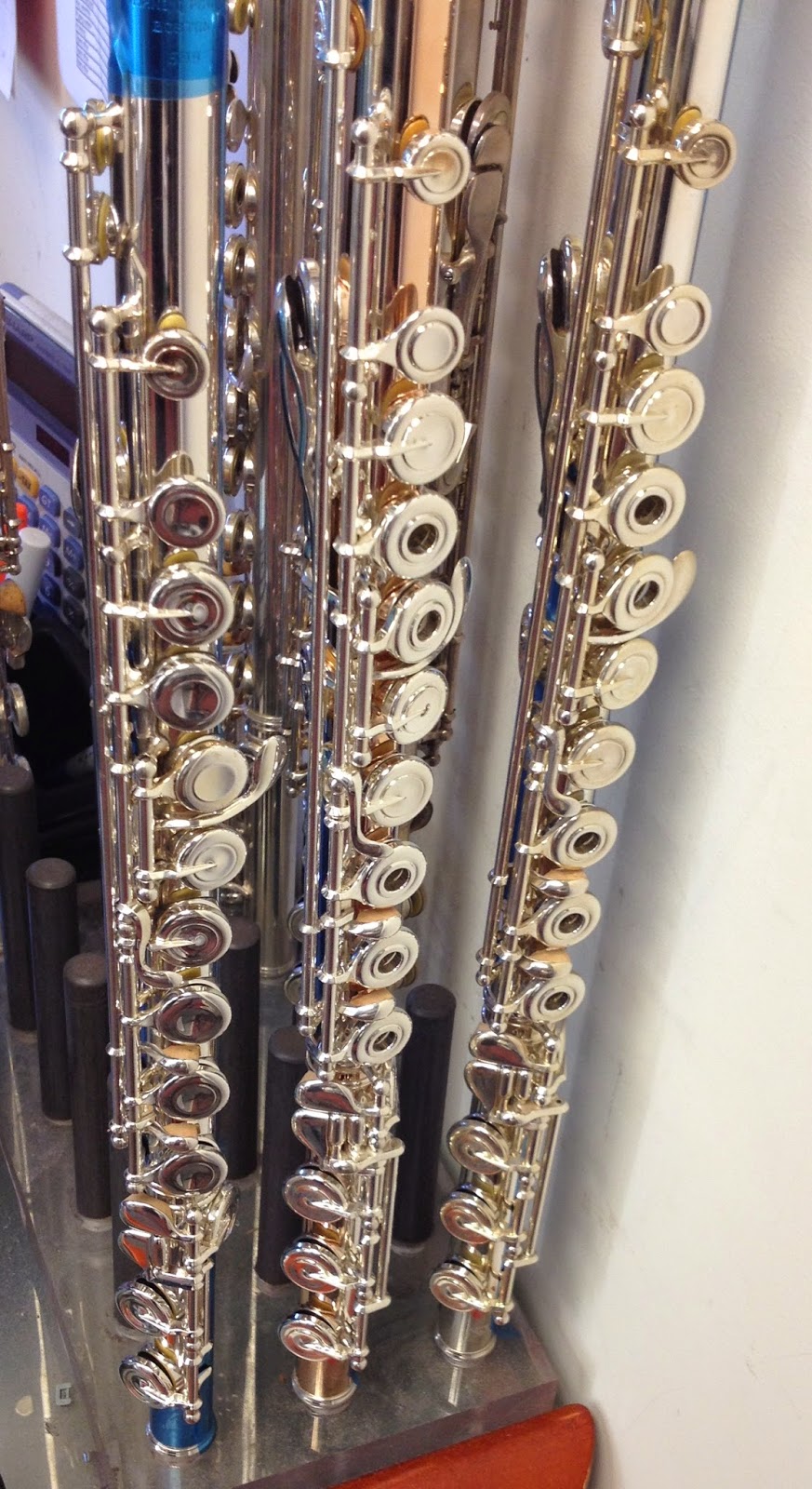 In last week's post, we addressed one of the questions a customer with closed hole keys had about changing over to open hole keys.  As you'll recall, this was not something that our repair technician recommended, since an entirely new mechanism would have to be built and retrofitted to the body.

The next two questions the customer had involved the flute's scale.  Specifically, he asked the following, (1) Does a flute with closed hole keys have a different scale than one with open hole keys? (2) Does a flute with an offset G have a different scale than a flute with an inline G?  The answer to both of the questions is the same -- no difference.  The scale is the same whether the flute has closed hole or open hole keys, and the scale is also the same for flutes with an offset or inline G.  Why is this?  Well, it's actually quite simple.  The scale is determined by the relative distance between tone holes.  You might remember this from a previous post on the Flute Builder blog, which you can read by following this link.  So, the type of key (closed or open hole) would have no affect on scale.  Also, even though the position of the G tone holes on an offset G flute are different from the position of the tone holes on one with an inline G, the relative distance allows for both configurations to have the same scale.
Posted by Powell Flutes at 9:58 AM 3 comments: 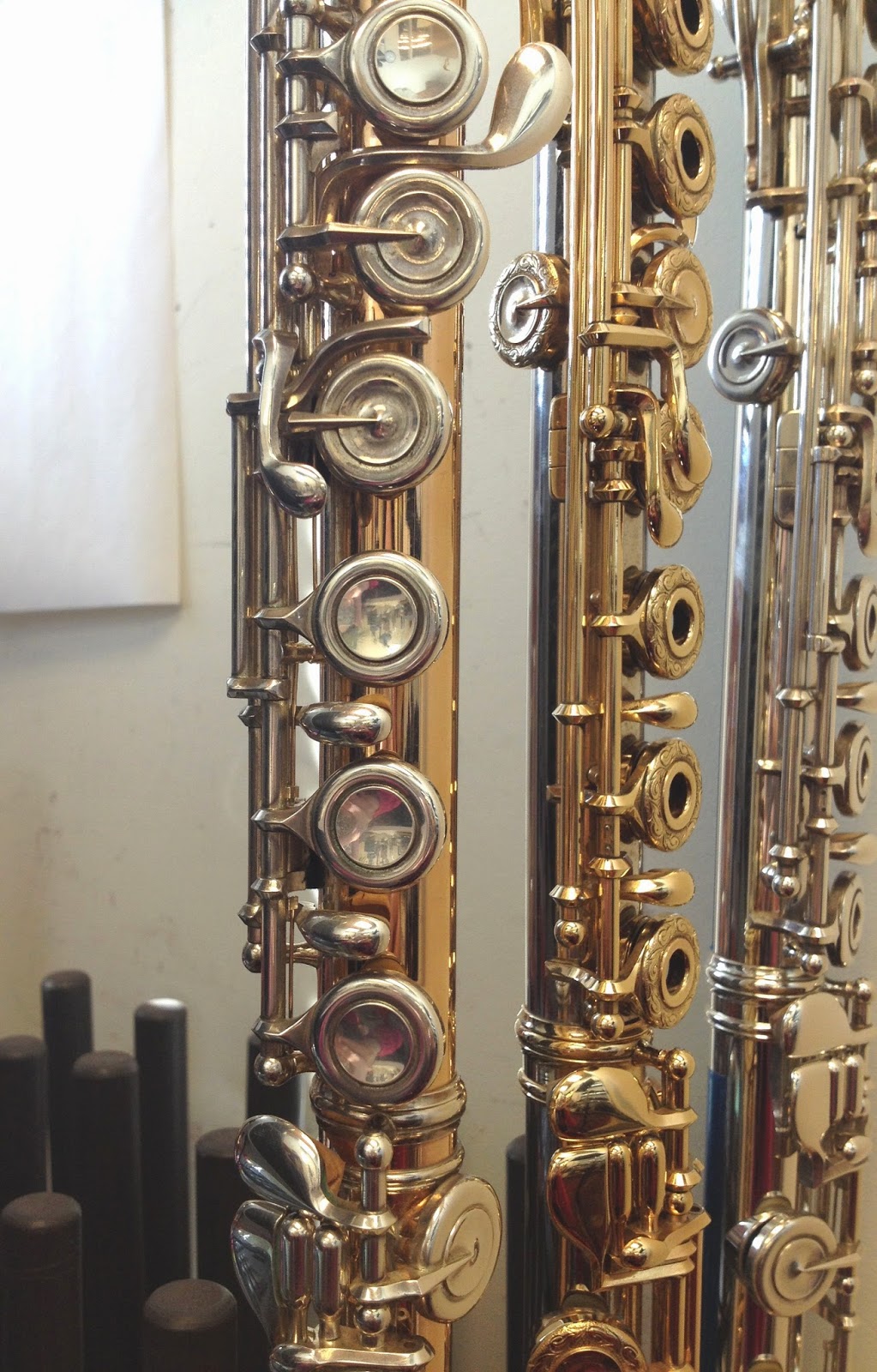 This week, a customer with a Powell that had closed hole keys (American cups) stopped by the repair shop.  He had several questions about the closed-hole keys, so we thought we would share the answers!  In this first post of our two-part series, we wanted to address his main question -- changing the keys.  Although he had owned his Powell for many, many years, he started thinking about perhaps changing over to open hole keys (French cups).  So, he asked Rachel if this could be done...

Rachel replied that technically, anything is possible, but she wouldn't recommend making that sort of a change, because the entire flute mechanism would have to be rebuilt.  You may recall our discussion about changing the mechanism from a previous post which you can read by following this link.  It is a process that is extremely complicated, time consuming, expensive, and well, simply not very practical.  In fact, Rachel tells us that in a case like this, it would be better to simply purchase a new flute with open-hole keys.  Also, she said that with a major rebuilding process, changes would have to be made to the flute, and anytime you make a major change, you won't know exactly how the flute will play until after the repair is complete.  Her main advice in this situation is, "If you like the way your flute plays and sounds, don't change it."  That certainly makes sense!
Posted by Powell Flutes at 11:00 AM No comments:

In Case You Were Wondering... 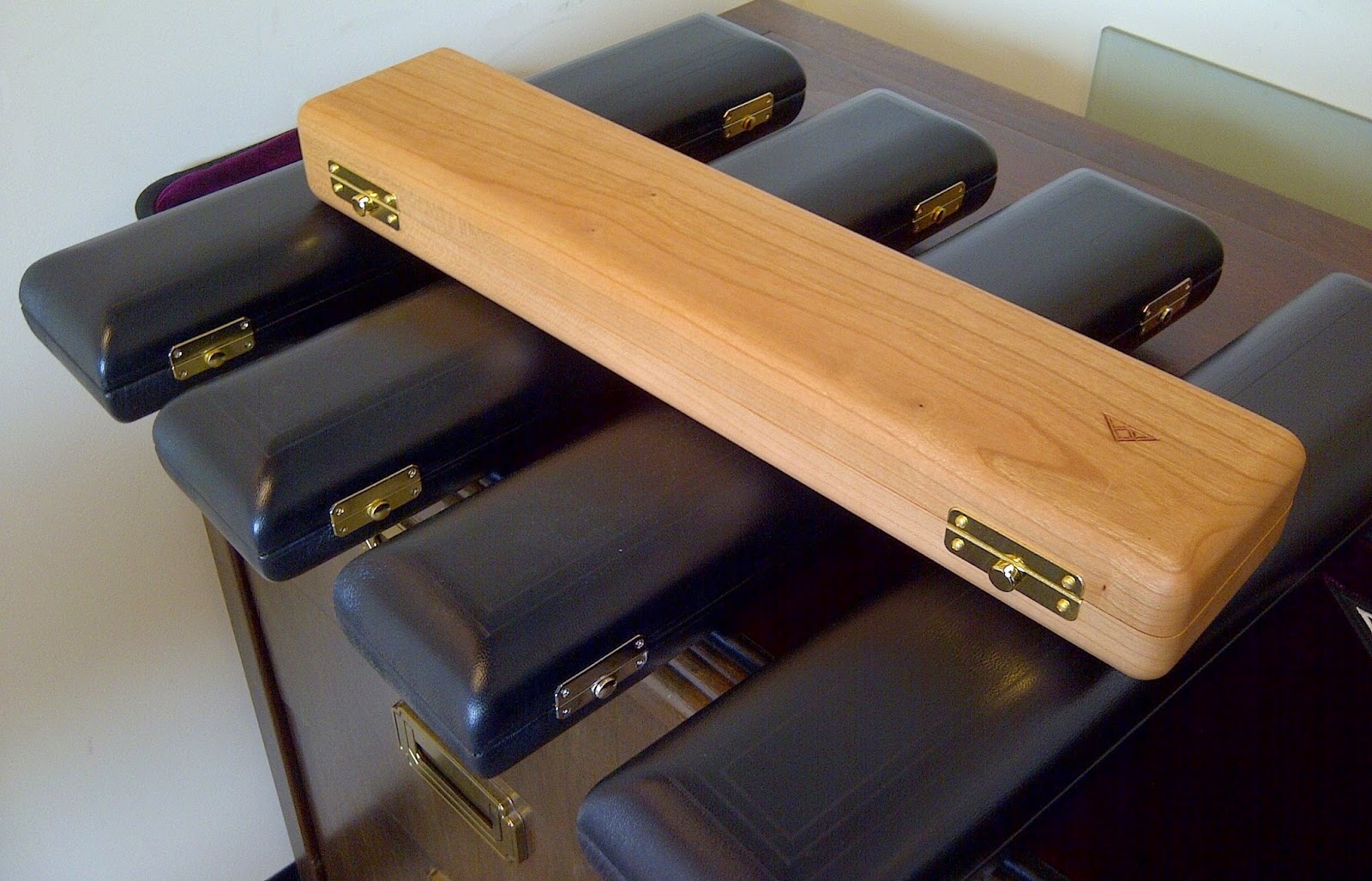 We all know that there are many options when it comes to flutes, but did you know that the cases differ as well?  If you have a B foot flute, the case is a bit longer than the one for a C foot flute.  Also, if your flute is pitched at A440, the interior will be slightly different than if it is pitched at A442.  This is true for both B and C foot flutes.  It's a very slight difference, and you probably wouldn't notice it, but Powell's Repair Technician, Rachel Baker, explained...

There is a velvet block at the end of the interior of the case, and this piece varies in length depending on the pitch of the flute.  The velvet block in a case for a flute pitched at A440 is slightly shorter than the block in a case for an A442 flute.  Why is this?  Well, the block is there to hold the main section of the body in place.  A flute pitched at A440 has a body that is just slightly longer than a flute pitched at A442.  That being said, the block inside the case will be shorter for an A440 flute to accommodate for the slightly longer body.  It's not a very big difference, but it is important.  So, if you need to order a new case, make sure you know the pitch of your flute!  Most will be A442, but it might be A440, especially if it was made before 1983.  And, if you do need to order a case, they are available through the VQP Shop at https://powellflutes.com/vqpshop/flute-cases.  You'll notice that for the cherry wood cases and leather cases, there is a reminder to indicate the pitch of your flute -- and now you will know why!