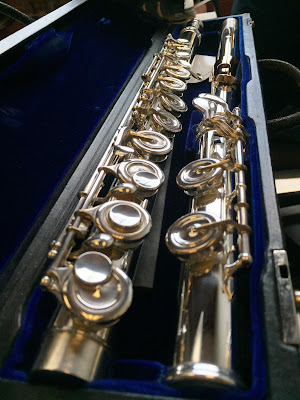 Powell's Repair Technician, Rachel Baker, has seen Powell flutes and piccolos of all ages and styles cross her bench over the years.  This week, however, she had the chance to work on something that she had never seen until now -- a Powell Handmade alto flute.

The flute (serial number 5006) was made in 1977 and was in the shop for a C.O.A. (clean, oil, adjust).  Looking back through the Powell Bible, we discovered that only 34 Powell alto flutes had been made in the history of the company.  The production of these flutes spanned from 1930 to 1990, with a large majority (15) being made between 1976 and 1978.  This particular alto was also one of only four that were made with gold lip plates.

Indeed, this was a special and memorable moment for Rachel. Speaking about the actual C.O.A. process on the alto, Rachel said it was pretty much the same as it is for C flutes.  She said, "same oil, same pads -- just things are a bit bigger." Although the flute originally had felt pads, we noticed that it now has Straubinger pads, so we could see her point about the similarity!

In terms of differences, this particular instrument was definitely one of a kind.  Rachel told us that when it comes to models (like altos) that were made in small quantities, you can find slight design differences among them.  She admired the keywork for its aesthetics and noted that both the body and mechanism were sterling silver.  She was particularly fond of the pointed arms and small points in the middle of the key cups which you will see in the photos below.

Although we did not have information on the actual karat of the lip plate, Rachel said that it is most likely 18k, as this was quite common during the time when this flute was made. Today, Powell offers alto flutes only in the Powell Sonaré line--the AF-60 and AF-70. Both models come with an all sterling silver Powell headjoint made at the shop in Maynard, Massachusetts, and a choice between straight or curved headjoints. Click here to find more information about these models on the Powell website. 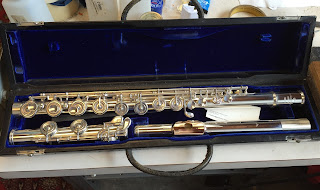 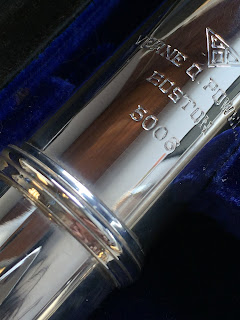 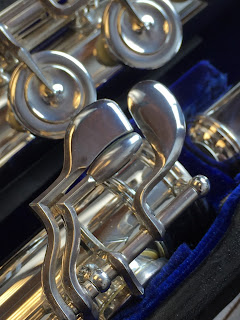 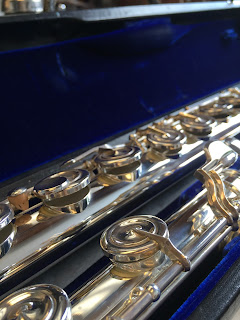 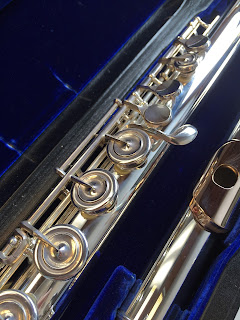 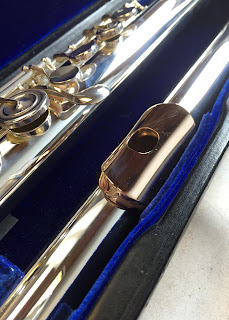